Where is ​WeWork Corporate office Headquarters

​About ​WeWork, History and Headquarters Information

The company was considered as the fastest growing lessee of new office spaces in the city of New York, in the year 2014. There have been numerous investors for the company, which included J.P. Morgan, Wellington Management, Goldman Sachs Group, etcetera. As of the year 2015, the company has almost 51 co-working locations around the USA, Europe and also Israel. The company raised $430 million in funding, in the year 2016, and thus the value of the company grew to $16 billion. By the year 2017, this value grew to $20 billion, after more investments from SoftBank and Hony Capital. The company also started the WeWork Labs brand, in order to support growing businesses. As of the year 2019, the company has filed for an IPO or Initial Public Offering. The headquarters of the company is based in 115 West 18th Street, 4th Floor. The name of the place is New York, while the name of the state is New York, USA. The pin code of the area is 10011.

WeWork is a company based in America that focuses on designing and offering shared office spaces for small, medium and large scale businesses. The current CEO of the company is Adam Neumann. As of the current date, the company is located in more than 280 locations, all over the world, in about 32 different countries. The number of employees currently working in the company is more than 5,000. In the year 2017, the total revenue generated by the company was more than $886 million.

The primary services provided by the company include allowing customers and clients to help in renting shared office spaces for any type of business, be it small, medium or large. The company also sells client software packages at discounts, on their online store as well. Currently, the company has more than 100,000 members. 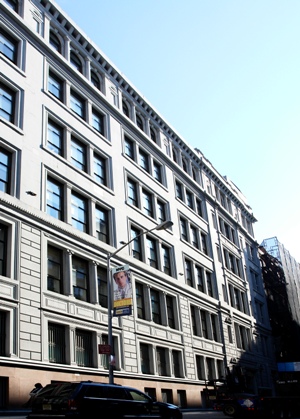 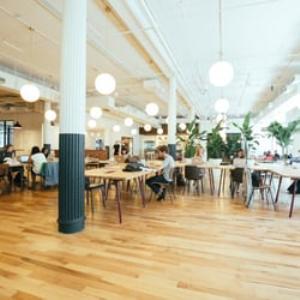