Where is Warehouse 99 Corporate office Headquarters

About Warehouse 99, History and Headquarters Information

Warehouse 99 is an American company that focuses on providing various kinds of products at just one dollar, to its customers. The company currently has more than 1,000 employees working. The company aims to provide customers with value for a dollar, with the help of a wide selection of products and also deliver a great shopping experience as well. 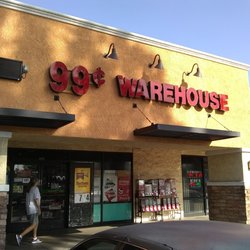