Where is Toshiba Corporate office Headquarters

About Toshiba, History and Headquarters Information

Toshiba was founded in the year 1875. The company has been operational for almost 144 years now. The company was founded due to the merger of two companies, namely - Tokyo Denki and Shibaura Seisakusho. During the 1940s and the 1950s, the company was responsible for the acquisition of various different heavy engineering and primary industry firms as well. Many other subsidiaries were created during that time as well, namely - Toshiba Electrical Equipment, Toshiba International Corporation, Toshiba Lighting and Technology, Toshiba America Information Systems, etcetera. The company was the first Japanese company to manufacture products like colour video phone, MRI systems, Japanese Word Processor, HD DVD, etcetera. In the year 2001, the company had created a partnership with Orion Electric. In the year 2004, the company reported that it will stop manufacturing CRT TVs. In the year 2007, the company had taken over the Discover Card. As of the year 2014, the company had acquired OCZ Storage Solutions. As of the year 2017, almost 85 per cent of Toshiba Visual Solutions was acquired by Hisense for almost $113.6 million. The headquarters of the company is based in 1-1, Shibaura 1-chome. The name of the place is Minato-Ku, while the name of the state is Tokyo, Japan. The pin code is 105-8001.

The primary services provided by the company include allowing customers and clients to obtain various kinds of electrical parts and products, that are solely designed and developed by the company itself. The company deals with electronics, semiconductors, social infrastructure,computer hardware, etcetera. 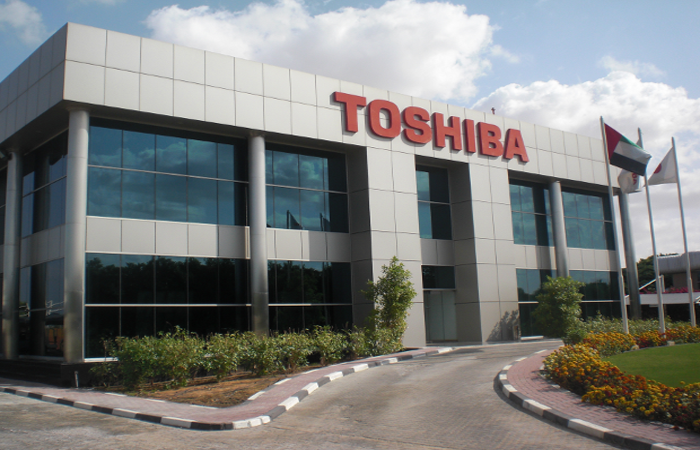