The first TGI Fridays restaurant was inaugurated in 1965 in New York by an amateur Alan Stillman who saw an opportunity for singles and opened a place where women and men in the age bracket of twenty-three to thirty-seven years old can visit and meet. Good quality American cuisine, bar food, and alcoholic beverages were served there. He was successful in attracting more of the stewardesses living nearby the restaurant by introducing the concept of ladies’ night; which got hype and a lot of people followed this newborn idea and opened their eating places as well. To expand the business, he along with his fellow Bucknell graduate Ben Benson started other restaurants, including Tuesday's, Thursday's, Wednesday's, and Ice Cream Sunday's. Besides getting all popular in the USA, its highest-grossing most popular branch is at Haymarket Leicester Square, which opened in 1992 in Central London. The restaurant has its headquarters in Dallas, Texas, USA.

TGI Fridays is an America based chain of restaurants that is mainly for casual dining. This chain of restaurant is flourished in plenty of locations and has over 870 restaurants in around 60 countries. The company has offers franchising opportunities for the franchisees to own the outlets, the largest being The Briad Group in New Jersey. 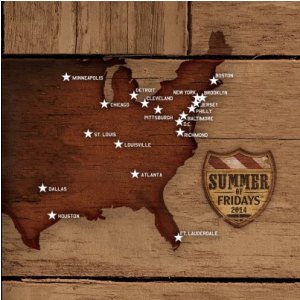