The Texas Lottery started in 1992. It is based in downtown Austin, Texas. The first game of the Texas Lottery was the scratch game, Lone Star Millions. The sales of 23.2 million tickets on the first day made a then-world record. A year later in 1993, Texas Lottery sales exceeded $1 billion, making a new record by breaking the Florida Lottery’s record of 1989.

Texas Lottery is a lottery operated by the government throughout Texas. It is run and handled by the Texas Lottery Commission. The games related to Texas Lottery are Scratch tickets, In-house drawings, Lotto Texas, Texas Two-Step, All or Nothing, Cash Five, Pick 3, Daily 4, Mega Millions, Powerball, Former drawings, Texas Triple Chance, and Monopoly Millionaires' Club. Within Texas, players get to select the cash value option or annual pay while buying Powerball, Mega Millions, and/or Lotto Texas tickets when playing, instead of after winning. Prizes include cash ranging from $1 to millions, free tickets through which Texas drawing game can be bought, trucks, tickets to sports events, and tours of Cowboys Stadium. 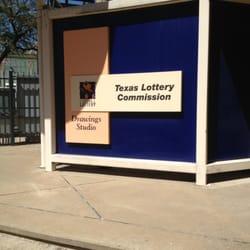