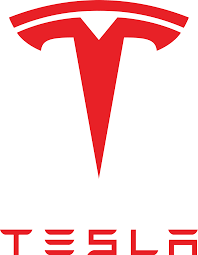 Where Is Tesla Corporate Office Headquarters

Buying a sports car is an ambition for many car lovers. Tesla has changed the world for the automotive industry with its sports cars. Under the leadership of Elon Musk, Tesla is growing with a vision of the future in renewable energy and self-driven vehicles. Their team is behind the growth of touchscreens in vehicles. The company has also penetrated the residential energy market with its traditional solar tiles. Their mission is to create a better future for their customers. With Tesla’s electric cars they have disrupted the industry and they are forcing the auto industry to change at a rapid pace. Tesla team offers considerable customer support services to their customers who invest in their cars through their mail and phone.

Tesla Headquarter Address - You can use the below-mentioned address for sending a courier to them.

The Tesla headquarters is located in Palo Alto, California.

Apart from the HQ in California, they have their 12 offices which are spread out to 9 locations.

Tesla has the world’s most advanced automotive factory plant in Fremont, California, which has 5.3 million square feet of manufacturing space and an office space of 370 acres of land.

Elon Musk is the co-founder and chief executive officer at Tesla. He oversees the company’s product designs, engineering and production of all the vehicles, solar roofs and battery products. He helped the company to manufacture the Tesla Roadster.

Drew Baglino became the vice president of technology at Tesla in the year 2016. In 2006, he became an electrical engineer for Tesla. He helped the team at Tesla to improve the performance of the Tesla Roadster. The dual-motor system for the Tesla Model S was designed by him.

Malcolm Smith was one of the 20 employees when the journey of Tesla began. He officially started as the vice president of vehicle engineering at Tesla motors in 2011.

The story of Tesla Motors began in the year 2003. The co-founders were Martin Eberhard and Marc Tarpenning who became the CEO and CFO of Tesla respectively.

The name “Tesla” was chosen by Martin Eberhard to represent the company, as Nikola Tesla was one of the pioneers in the field of electricity. The domain name teslamotors.com was registered by Marc Tarpenning on 23rd April 2004.

Elon Musk became the investor of the company, after investing in the Series A vehicles. He officially became part of the company in 2004 as Tesla’s chairman. The launch of Tesla motors had a huge impact on the electric vehicle market.

In 2006, Tesla got their funding for their Series B round, from Google founders Sergey Brin and Larry Page. In the same year, Tesla revealed the prototype of the Roadster and the final car was launched in 2008. The official production of Tesla’s sports car began in March 2008.

Elon Musk stepped up as the CEO of the company after the founders left Tesla. Everything was turning out to be good for Tesla on the upper front, but in reality, Tesla had landed in financial trouble.

Tesla designed the world’s best car in every category - Model S. It was a complete package in its class which provided safety, performance and productivity. This came on the market in 2012.

After the Model S, Tesla launched many models like the Model X and Model 3 in the market. They changed the perception of the electric car market. Today, the market capitalization of Tesla, has become more than $28 billion.

Tesla introduced its Model S in the electric car generation in 2012. It was manufactured in four different variants; the base Model S, Extended Range, Performance and Performance with Ludicrous mode.

Tesla manufactures and sells the most productive electric car - Model 3.

Tesla powers everything with their solar energy program which includes solar panels and solar rooftops.

Tesla produces the safest and comfortable truck in the electric vehicle market - Tesla Semi. It has four independent motors which are responsible for providing maximum power at the lowest energy cost.

Please log in again. The login page will open in a new window. After logging in you can close it and return to this page.