Taylor Morrison was founded in the year 2008. The company has been active or almost 11 years now. The company was formed when Taylor Woodrow and Morrison Homes joined forces in the year 2007. The companies continued to operate under their existing brands until 2008 when they began to operate under the new Taylor Morrison brand. In the year 2011, Taylor Morrison became a wholly-owned subsidiary of TMM Holdings Limited Partnership, which is indirectly owned by investment funds separately managed by TPG Capital, Oaktree Capital Management, as well as JH Investments. In the year 2013, the company was converted into a limited public entity. The headquarters of the company is based in 4900 North Scottsdale Road, Suite 2000. The name of the place is Scottsdale, while the name of the state is Arizona, USA. The pin code is 85251.

The primary services provided by the company include allowing customers and clients to obtain various types of home building services, offered by the company itself. The company builds mid-to-upscale housing as well as first-time and mid-market homes too. 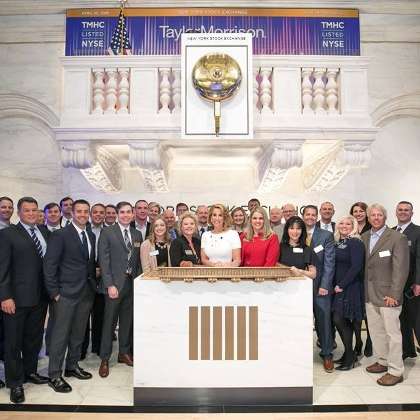