Taco Time was founded in the year 1960. The company has been active for almost 59 years now. The founder of the company was Ron Fraedrick. In the year 1962, the first Taco Time franchise opened in Tacoma, Washington. In the 1970s, the company expanded to almost 48 restaurants in seven Western states. In 1978, the company franchised its first international restaurant in Lethbridge, Alberta, Canada. In the year 1979, Taco Time Northwest became a licensee with the rights to the franchise and operate the Taco Time concept independently. Taco Time Northwest's operating region includes Western Washington from Longview to the Canada–United States border and the eastern Washington cities of Wenatchee and Moses Lake. During the 1990s, the company had also opened its stores at multiple locations in Greece as well. As of the year 2003, the company was taken over by Kahala Brands. The headquarters of the company is based in 9311 East Via de Ventura. The name of the place is Scottsdale, while the name of the state is Arizona, USA. The pin code is 85258.

Taco Time is an American company that focuses on providing various kinds of fast food dishes and recipes that are restaurant quality, to the customers in the USA. The company currently has its presence in over 300 locations all over the USA and Canada. The current brand president of the company is Kevin Gingrich. As of the current date, the number of employees working at the company is more than 1,000.

The primary services of the company include allowing customers to enjoy restaurant-quality fast food dishes and recipes, that are produced by the company’s restaurants themselves. 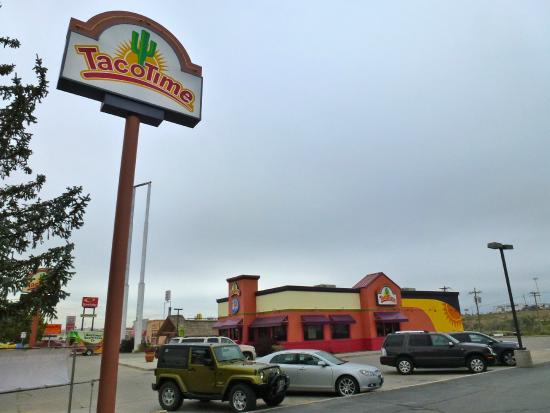