Swift Transportation was incorporated by Carl and his two sons, Ronald and Jerry and at that time it was named Common Market in Arizona. In 1990, the company organized an initial public offering and was launched as a public corporation on the NASDAQ under the ticker symbol SWFT. Swift Transportation was re-launched as a public corporation in 2010 and started trading on the New York Stock Exchange (NYSE). In 2017, this company joined hands with Knight Transportation. It is headquartered in Phoenix, Arizona.

Swift Transportation is an American truckload motor shipping carrier. It is a part of Knight-Swift. It is known as the largest common carrier in the United States as it owns over 23,000 trucks. The Company provides a wide variety of transportation services that includes port drayage, dedicated, expedited, irregular route, and cross-border U.S./Mexico/Canada transport utilizing intermodal containers, refrigerated, flatbed, dry van, and specialized trailers. 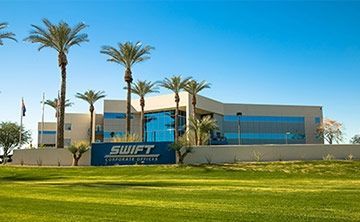 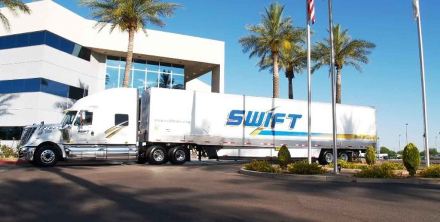