STCU is a credit union chartered in the state of Washington or Northern Idaho regulated under the NCUA of federal govt.

Spokane Teachers Credit Union is a credit union founded by Ernie McElvain in October, 1934. It started operation on the second floor of Spokane’s Lewis & Clark High School with a minor set-up. In its  first year it managed to gather 120 members and $4000 in assets. Now it has over 185,000 members and has the Washington's third largest asset size of a credit union of $2.8 billion. Now it's headquarters is located at Liberty Lake, Washington. It has been awarded the best bank/CU from 2006-2010 and the Best CU from 2011-2018.

Membership is open to anyone who lives, works, attends school or worships in the state of Washington or North Idaho. It offers savings, checking, consumer loans, mortgages, credit, online banking and business services. It initiates several youth programs as well and operates on a not-for-profit basis. 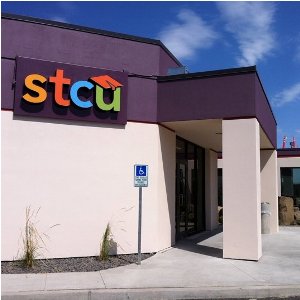