Southland Park Gaming & Racing was founded in the year 1956. The company has been active for almost 63 years now. At its opening in 1956, Southland became Arkansas’s only greyhound racetrack. Based on that popularity only, Southland was established after the demise of Riverside. Originally owned by the Upton family and other individuals, Southland was purchased by Delaware North Companies - based in Buffalo, New York, USA, in the early 1970s. In the year 2014, it was announced that Southland was to undergo a nearly $38 million dollar expansion and renovation. As of the year 2019, the company has live versions of Blackjack, Craps, and other games. The headquarters of the company is based in 1550 North Ingram Boulevard. The name of the place is West Memphis, while the name of the state is Arkansas, USA. The pin code is 72301.

Southland Park Gaming & Racing is an American company that focuses on providing casino gaming, buffet lunch and dinner food and also greyhound racetrack as well. The current president and general manager of the company are Troy Keeping.

The primary services of the company include allowing customers to have a retail presence in order to enjoy good food, drinks, participate in casino games as well, that is solely maintained and provided by the company itself. 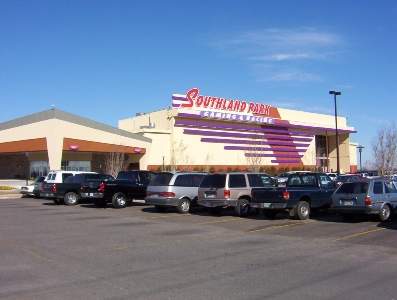