Six Flags was founded in the year 1961. The company has been operational for almost 57 years now. The founder of the company was Angus G Wynne. The Six Flags Theme Parks originated in the year 1957 after the founder of the company created The Great Southwest Corporation. The construction of the theme park started in the year 1960 and was opened the following year, but only for a short period of 45 days. The theme park was initially sold to the subsidiary of the Pennsylvania Railroad, in the year 1966. Later on, the New York Central Railroad had amalgamated with the Railroad, and therefore the new company helped in expanding the amusement park with two new parks as well. These two parks were located one over Georgia, USA, and the other one over middle America.

Six Flags is an American company that focuses on the designing and development of various types of regional theme parks, all around the USA and other countries as well. The current CEO, president and chairman of the company is Jim Reid Anderson. The total sales revenue generated by the company, as of the year 2017, is more than $1.3 billion. Also, the number of employees working at the company full-time is 1,900, while seasonal workers are around 27,000. In the year 217, the company had hosted 30.4 million guests. 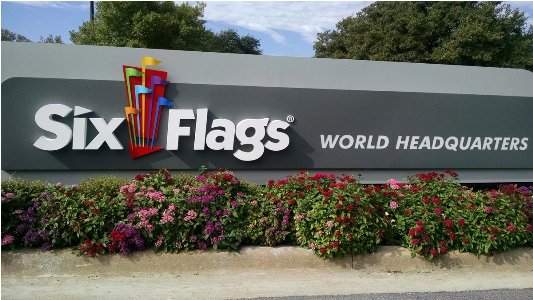