Shoe Biz was incorporated by David Russell in 1978 and is based in Evansville, Indiana. Wayne Weaver of Fisher-Camuto, the forerunner of the brand Nine West bought the company and together with Russell continued the carnival concept that aimed at entertaining and motivating shoppers to purchase limited stocks; following which, the growth graph went up. Later it began its online sales in 2012. After which in 2015, it started a program called Shoes2U which made it easy for shoppers to receive styles and sizes of shoes by home delivery.

Shoe Carnival is a family footwear retailer in the United States. It is a leading retailer brand name that runs a different concept. Whenever a person calls out the word "specials," people rush to buy specials that include a discount, product information, and fun specials.

Along with a wide variety of go along with the dress, casual, and athletic footwear products for men, women, and children, it also offers accessories such as socks, belts, shoe care items, handbags, sports bags, backpacks, scarves, and wallets. Currently, it has a total of 419 stores spread across 35 states and Puerto Rico. The company distributes its products online at shoecarnival.com and via its retail stores. 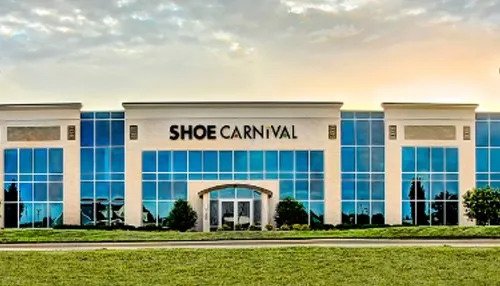