Schneider Electric was founded in the year 1836. The company has been active for over 183 years now. The founder of the company was Eugene Schneider. The company first started manufacturing steel, iron and also armaments, under the Schneider-Creusot factories. In the year 1975, the company had taken over Merlin Gerlin, which was one of the top electric manufacturers in France. During the years, from 1981 to 1997, the company started divesting its other projects and immediately began focusing on the electrical industry.

Schneider Electric is a company that is based in France which helps in the designing and manufacturing of products that help people in conserving electricity. The current CEO and chairman of the company are Jean-Pascal Tricoire. As of the year 2018, the total revenue generated by the company is more than 25 billion Euros. Also, as of the year 2018, the number of employees working at the company is more than 155,000. Schneider Electric holds the ownership to about 20,000 patents worldwide. The company has its presence in over 100 countries all over the world.

The primary services provided by the company include the manufacturing of electrical products, helping in the management of electricity, promoting sustainability and efficient in consuming electricity and also helping in product automation as well. The company also provide systems that assist in controlling electrical voltages and allowing secure power to be obtained. 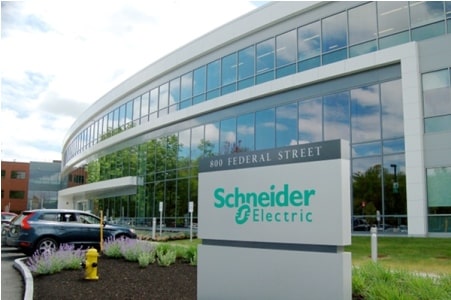