Rheem manufacturing is an American based company which is a privately held manufacturer. Its products include residential and commercial water heater and boilers, heating,ventilating and air conditioning(HVAC) equipment.

Its headquarters are in Atlanta, Gerorgia.

The name of the company was derived from the name of its owners brothers Richard “R.S.”Rheem and Donald “D.L.”Rheem. Their father former President of Standard Oil Company of California who also led the construction of a Major oil refinery for the the company in Richmond, California.

22, 1930The company started as a supplier of packaging to the Petroleum Industry. The company basically owns the market for the production of water heating and HVAC equipment. The products also include Water Heaters, air conditioners.

The company has a total of 7000 Employees. 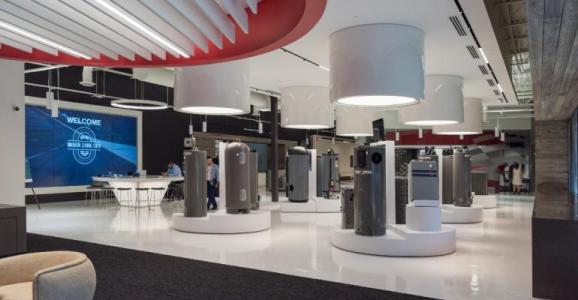