Where is Ray-Ban Corporate office Headquarters

About Ray-Ban, History and Headquarters Information

Ray-Ban was founded in the year 1936. The company has been operational for almost 83 years now. The company was founded by USA army air corps colonel, known as John A Macready along with Bausch & Lomb. The main aim of the company was to create an aviation sunglass that would reduce the distraction for pilots, which are caused by the intense blue and white hues of the sky. Specifically, the company co-founder was concerned about how pilots' goggles would generally fog up, and therefore significantly reducing visibility at high altitude as well.

The original prototype was created in the year 1936 and known as ''anti-glare' - which had plastic frames and also green lenses that could cut out the glare without obscuring vision as well. They also added impact-resistant lenses in the year 1938. The sunglasses were then again redesigned with a metal frame the following year, and after that, they were patented as the Ray-Ban Aviator. According to the BBC, it was reported that the glasses used Kalichrome lenses designed to sharpen details and also to minimise the overall haze by filtering out blue light, therefore making them ideal for any type of misty conditions. In the year 1999, the Global Eyewear Division of Bausch & Lomb, including Ray-Ban was then taken over by Luxottica Group for almost $640 million. As of the current day, Ray-Ban continues to be one of the most popular selling sunglass brands in the world, without a doubt. The Wayfarer model, which was released in the year 1952, was very much simplified. Then in the last 1950s, when the company had released a more squared off style called Caravans - which were very popular during the 1970s after popular Hollywood actor, Robert DeNiro wore this style in the popular and critically acclaimed movie named Taxi Driver. In the year 1965, the Olympian I and II sunglasses were introduced by the company, and they became popular when Peter Fonda wore them in the 1969 film known as Easy Rider. The company has also produced exclusive edition lines, such as The General in the year 1987, which was bearing similarity to the original aviators worn by General Douglas MacArthur, mainly during World War II. The headquarters of the company is based in 4000 Luxottica Place. The name of the place is Mason, while the name of the state is Ohio, USA. The pin code of the area is 45040.

Ray-Ban is an American company that focuses on the various manufacturing of sunglasses, and other eye optics wear, including contact lens as well. The current CEO of the company is Massimo Vian. The current number of employees working in the company is more than 55,000. 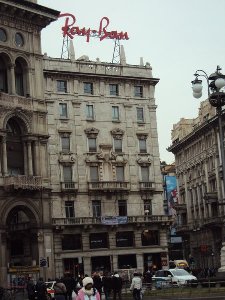 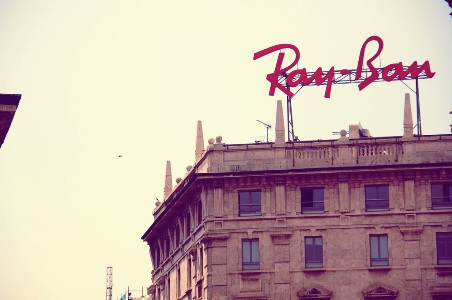