Where is Puma Corporate office Headquarters About Puma, History and Headquarters Information

Puma was founded in the year 1948. The company has been operational for almost 71 years now. The founder of the company was Rudolf Dassler. His brother, Adolf Dassler was responsible for establishing the Adidas brand. During the earlier days of the company’s operations, both the companies were into fierce competition. In the year of the company’s founding, the first football match after WWII was organised, in which several players of the West Germany National Team wore boots made by Puma, including the first goal scorer of the post-war regime. In the year 1952, the company had designed footwear with screw-in spikes. The same year, Josy Barthel won Puma the first Olympic Gold Medal, at the 1952 Summer Olympics.

In the year 1986, the company has become a limited public entity. By the year 1989, two sons of Rudolf Dassler planned to sell their combined 72 per cent stock in the company, to a Swiss company named Cosa Liebermann SA. As of the year 2003, the company had generated a revenue of almost 1.2 billion Euros. The company was ranked as one of the top shoe brands, besides Nike and Adidas. But in the year 207, the profits of the company had fallen almost 26 per cent. The same year, Pinault-Printemps-Redoute, which is a Gucci brand, started to own nearly 60 per cent of the company. As of the year 2011, the company changed its name to PUMA SE from the previous PUMA AG Rudolf Dassler Sport. The company also holds a 5 per cent stake at the famous German football club named, Borussia Dortmund. In the year 2014, Puma had entered a long term collaboration with an English football club called Arsenal. The company also partnered with Selena Gomez in the year 2018 in order to market the company's products. The headquarters of the company is based in Puma Way 1b / Zum Flughafen, Concept Store. The name of the place is Herzogenaurach, while the country name is Germany. The area pin code is 91074.

Puma is a German company that focuses on designing and manufacturing of various kinds of sports footwear, clothing, apparels and other accessories, to multiple sports athletes and customers around the world. The current CEO of the company is Bjorn Gulden. As of the year 2018, the total revenue generated by the company is more than 4.6 billion Euros. Also, as of the year 2018, the number of employees working at the company is more than 13,000. The company sells its products in over 130 countries, all over the world.

The primary services provided by the company include allowing customers to be able to purchase various kinds of sports clothing and equipment. The company mainly sells sports accessories, footwear, sportswear, sports apparels and sports equipment too. 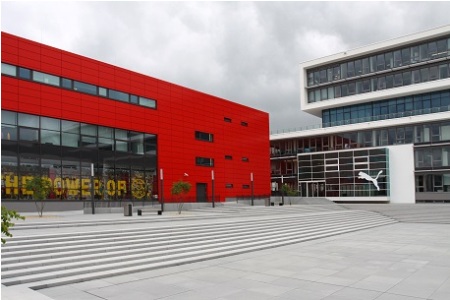 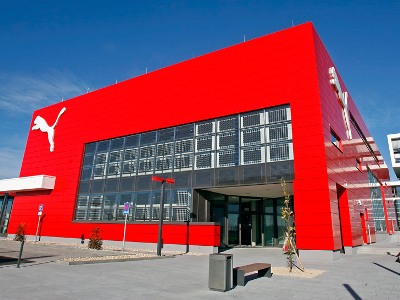