Where is Praxair Corporate office Headquarters

About Praxair, History and Headquarters Information

Praxair was founded in the year 1907. The company has been active for almost 112 years now. The founder of the company was Carl von Linde. In the year 1917, the company had joined with 4 other chemical companies under the name Union Carbide and Carbon Corporation, while still maintaining a separate identity as well. In the year 1992, the company was spun off as a subsidiary and therefore Union Carbide Industrial Gases was renamed to Praxair when it became a formally independent company three years later as well. The company was the first company in North America to commercialize cryogenically separated oxygen. In the year 1917, the company was the first to introduce liquid gas and also had developed an online gas supply during the 1940s. Then in the 1960s, the company had introduced non-cryogenic means of air separation. As of the year 2016, the company had publicly announced that the American company was in official negotiations to a merger with the German competitor Linde Group, which would form the world's largest gas supplier as well. The value of the merger was o an amount of $65 billion. As of the year 2017, the merger was valued at $75 billion. The headquarters of the company is based at 10 Riverview Drive. The name o the place is Danbury, while the name of the state is Connecticut, USA. The pin code is 06810. 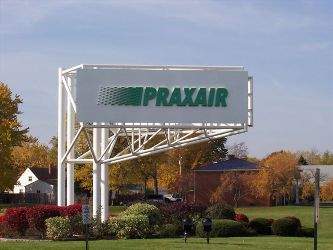 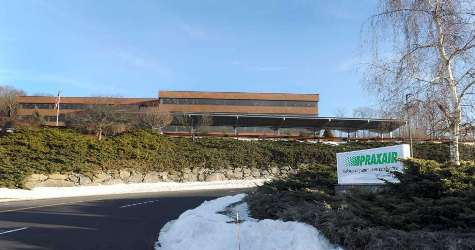