Where is Ponderosa and Bonanza Steakhouses  Corporate office Headquarters

About Ponderosa and Bonanza Steakhouses, History and Headquarters Information

Ponderosa And Bonanza Steakhouses was founded in the year 1965. The company has been active for almost 54 years now. In the year 1997, Ponderosa and Bonanza united under the Metromedia Family Steakhouses organization, in order to form a single restaurant concept marketed under either the Ponderosa or Bonanza brand. MFS was one of founder John Kluge’s companies using the Metromedia name as well. In the year 2008, the restaurant chain’s parent company, known as Metromedia Steakhouses Company, filed for Chapter 11 bankruptcy. In the year 2009, the company had emerged from bankruptcy and the name of the company was changed to Homestyle Dining LLC. The restaurant chain had engaged Trinity Capital LLC as its financial advisor in the year 2016 and was sold in late 2017 to FAT Brands as well. The owner of Fatburger, Buffalo’s Cafe, Hurricane Grill & Wings, Hurricane BTW - that have a total of approximately 300 locations open to date and also 300 locations under development in 32 countries as well. The headquarters of the company is based in 3701 W Plano Pkwy # 200. The name of the place is Plano, while the name of the state is Texas, USA. The pin code is 75075.

Ponderosa And Bonanza Steakhouses is an American buffet and steakhouse restaurant company that focuses on providing various kinds of fast food dishes and recipes, to its customers all over the USA. As of the year 2019, the company currently has its presence across 75 locations in the USA. The current president of the company is Robert J Hoffman. The current number of employees working at the company, as of the current date, is more than 340. 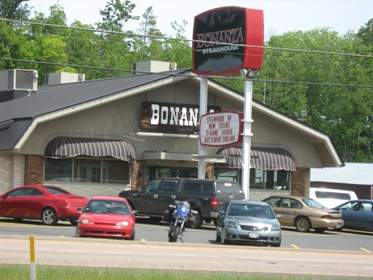 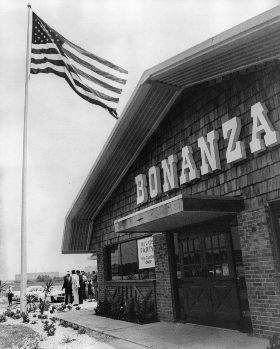