Planet Smoothie was founded in the year 1995. The company has been active or almost 24 years now. The founder of the company was Martin Sprock. In the year 2011, the company was taken over by Tasti D Lite LLC. Then in the year 2015, Quick-Service Restaurant Franchisor known as Kahala Brands had purchased both Planet Smoothie and Tasti D-Lite in a deal that brings their 128 locations into the portfolio of about a dozen fast food, treat and sandwich chains such as Blimpie and Cold Stone Creamery owned by the Serruya family of Canada as well. In the year 2008, the company had been using cups made of recycled polystyrene. Therefore, the company sponsored a contest to encourage inventors to develop an eco-friendly solution to polystyrene - which was currently the only cup material in the industry that maintains a smoothie's frozen integrity. The headquarters of the company is based in 444 W Main Street. The name of the place is Mesa, while the name of the state is Arizona, USA. The pin code is 85201.

Planet Smoothie is an American company that focuses on providing various kinds o smoothies, to its customers in the USA. The current CEO of the company is Peter Holt. The company is currently a subsidiary of Kahala Brands. Both Tasti D-Lite and Planet Smoothie locations are currently been run by the Kahala Brands as well. After the acquisition of the Planet Smoothie brand by Tasti D-Lite, several stores began to convert to a dual-brand product mix, by offering both smoothies and soft serve as well.

The primary services of the company include allowing customers having a retail presence in order to purchase various kinds of smoothies, that are produced and served by the company itself. 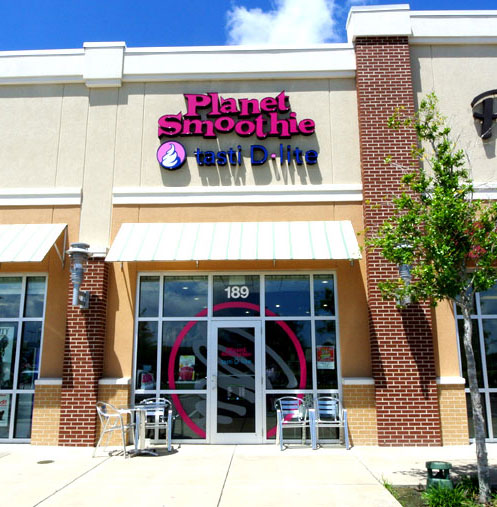