Where is Pink Corporate office Headquarters About Pink, History and Headquarters Information

Pink was founded in the year 2002. The company has been active or almost 17 years now. The company was launched by Victoria’s Secret, which was a new product line targeted to young adults and older teenagers. The strategy driving Victoria's Secret's launch of Pink is to introduce these older girls and younger women to Victoria's Secret stores. The main competing companies in the lingerie market for the youth demographic includes Abercrombie & Fitch and Aerie by American Eagle. In the year 2006, the company had launched pyjamas and sweat pants. By the year 2010, the company had reached almost $1 billion in overall sales. In the year 2011, the company had announced an ongoing partnership with all 32 NFL teams and began selling apparel containing NFL team logos and names - which was a part of a marketing strategy for the NFL to market to teenage girls and college-aged women as well. The headquarters of the company is based in 1500 Polaris Pkwy. The name of the place is Columbus, while the name of the state is Ohio, USA. The pin code is 43240.

Pink is an American company that focuses on providing various kinds of apparels and lingerie, which is manufactured by Victoria’s Secret, to its customers around the world. The target demographic consists of youth from ages 15 to 22. The current CEO of the company is Denise Landman. The company mainly targets younger women than their mainline. 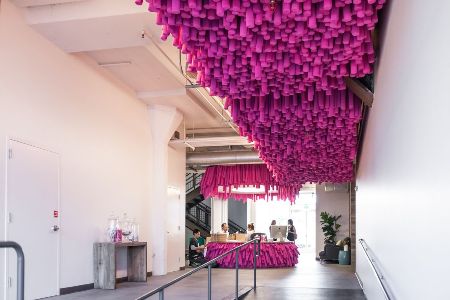