Parker Hannifin Corp was founded in the year 1917. The company has been active for almost 102 years now. The founder of the company was Arthur L Parker. By the year 1927, the firm had expanded into aeroplanes. During WW II, the company had experienced a boom in business as the USA Air Force's primary supplier of valves and fluid connectors. In the year 1964, the company was transformed into a limited public entity and it also joined the Fortune 500 companies list as well. The company designed parts for the craft used in NASA's first manned moon landing in 1969. An economic downturn in 1970 forced the company to expand beyond its focus on hydraulic systems. The company made some of the equipment inside the mechanical shark in the 1975-year movie, known as Jaws. The firm opened its first retail Parker Store in Cleveland in the year 1993. Parker Hannifin systems helped control the massive replica of the Titanic in the 1997 film of the same name. The company had acquired Commercial Intertech Corporation, a maker of hydraulic systems, in the year 200, for almost $336 million. The company won $2 billion in contracts to build fuel and hydraulic systems for Airbus A350 airliners in the year 2008. In the year 2016, the completed its largest acquisition to date, buying Clarcor, a filtration systems manufacturer, for almost $4.3 billion. The headquarters of the company is based in 6035 Parkland Blvd. The name of the place is Cleveland, while the name of the state is Ohio, USA. The pin code is 44124.

The primary services of the company include allowing customers and clients to obtain various kinds of motion and control technologies, that are designed and developed by the company itself. As of the year 2016, the company was ranked 230 in the Fortune 500 companies list. 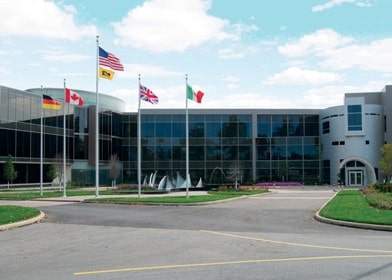