Paint Nite was founded in the year 2012. The company has been active or almost 7 years now. The founders of the company were Daniel Hermann Sean McGrail. The idea of Paint Nite occurred to the duo when they attended a birthday party that served beer and wine in a painting studio. They concluded that having painting events in a local bar instead of a studio would reduce overhead costs. Using a licensing model which enabled local artists to work the painting events, Hermann and McGrail founded Paint Nite with an investment of $7,000. The company had raised $13 million in equity funding. The funding came from Highland Capital Partners. Since the year 2012, the company along with and the paint and sip industry, in general, has grown rapidly. The company now generates almost $50 million in annual revenue. In the year 2015, the company had announced two million tickets sold worldwide as well. The headquarters of the company is based in 22 Kent Street. The name of the place is Somerville, while the name of the state is Massachusetts, USA. The pin code is 02143.

Paint Nite is an American company that focuses on providing home decor items to its customers in the USA. The current CEO of the company is Dan Hermann. As of the current date, the company has more than 500 employees working in it.

The primary services of the company include allowing customers to obtain various kinds of products such as - Original Paint Nite, Plant Nite, Design a Sign, Candle Maker, and Flower Workshop, etcetera, that are marketed and sold by the company itself. The company also offers live, nightly painting events accompanied by wine or cocktails. The event of the company last two hours and guests can take home their projects as well. 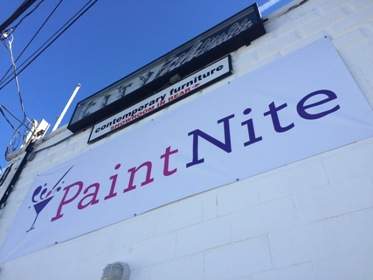