Neiman Marcus was founded in the year 1907. The company has been active for almost 111 years now. The founders of the company were Abraham Lincoln Neiman, Carrie Marcus Neiman and Herbert Marcus. The co-founders of the company - Herbert Marcus Sr along with his sister, Carrie Marcus Neiman, and also her husband named AL Neiman used the capital of $25,000, in order to invest from a successful sales-promotion firm these co-founders had built in the year 1907. The company business partners had two choices during that time - either purchase the rights to a new and unknown sugary soda product or return to their hometown and start a new retail store again.

Therefore, the co-founders had rejected the possible investment in the fledgeling Coca-Cola Company and thus chose to start a new retail business in Dallas, USA, instead. During that time, the Neiman Marcus store was stocked with high-quality clothing which was not commonly found in Texas, USA, and was mostly bought by Carrie Marcus in New York, USA. All the products used to sell out within weeks of putting them on sale. In the year 1914, a fire broke out, and it destroyed the Neiman Marcus store and all of its inventory as well. When the company reopened later, it had increased product selection to include women's lingerie clothing for women, like bra, babydoll, panties, garter belt, etcetera, and also children's clothing as well. Then in the year 1950, the company had opened another store at a second location, even in Dallas, Texas, USA, and expanded to Houston, USA, in the year 1957. There was also a portrait studio operated by Gittings during the late 1950s and 1960s, which had brought many high profile clients into the store to have their portraits done. Many stars such as Howard Hughes, Gloria Vanderbilt, Anderson Cooper, etcetera. Through the 1970s, the company had opened new stores in Atlanta, Boston, Beverly Hills, Chicago, Minneapolis, Las Vegas, San Francisco, St Louis, etcetera. After the passing away of Stanley Marcus in the year 2002, the store had changed hands several times but still retains its original name even to this day. The company is currently now under the shared ownership of both Ares Management and CPP Investment Board as well. The headquarters of the company is based in 1618 Main Street One Marcus Square. The name of the place is Dallas, while the name of the state is Texas, USA. The pin code of the area is 75201.

Neiman Marcus is an American company that focuses on the marketing and selling of various kinds of clothing and apparels, from shoes to shirts, for its customers all around the world. The company has its presence in almost 42 locations all over the USA. The current CEO of the company is Geoffroy Van Raemdonck. The number of employees currently working at the company is more than 13,700. 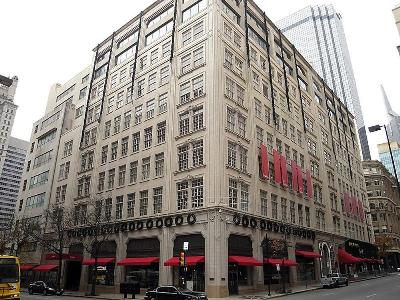 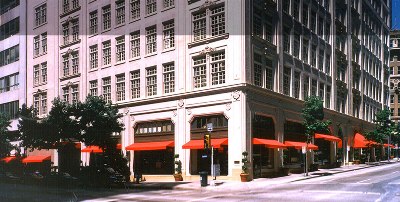