Mrs Winners Chicken & Biscuits was founded in the year 1979. The company has been active for almost 40 years now. The founder of the company was Jack C Massey. The company founder’s operating company, known as Volunteer Capital, had bought the Granny's of Atlanta chain of 21 restaurants from LS Hartzog and then renamed them Mrs Winner's Chicken & Biscuits. In the year 1982, Volunteer Capital was renamed as Winners Corporation and by the end of 1982, there were 64 restaurants under Mrs Winner's name. Then in the year 1984, the company had boasted a total of 184 stores but by the year 1989, after four years of losses, the company decided to sell the franchise as well, to RTM - which was Arby's largest franchisee, for almost $30 million. In the year 2006, Famous Recipe Company Operations, which was the owner of the Lee's Famous Recipe franchise, had acquired Mrs Winners. As of the year 2007, there were almost 113 locations in North Carolina, Tennessee, Georgia, Arkansas, Mississippi, and Kentucky. As of the year 2018, there were also 14 locations remaining, primarily in North Carolina and Georgia, with one remaining location in Tennessee, USA. The headquarters of the company is based in 2487 Keith Street NW. The name of the place is Cleveland, while the name of the state is Tennesse, USA. The pin code is 37311.

Mrs Winners Chicken & Biscuits is an American company that provides various kinds of fast food dishes and recipes to its customers in the USA. The current CEO of the company is John Buttolph. The company is mostly known for its fried chicken and biscuits.

The primary services of the company include allowing customers to have a retail presence in order to purchase various kinds of fast food dishes and recipes, that are produced and served by the company itself. The company mainly sells fried chicken, biscuits, fixins, etcetera. 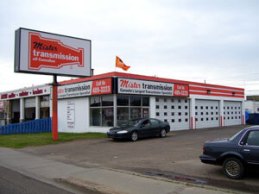