The company was founded in the year 1989. The company has been operational for more than

30 years now. The founder of this company is Mike Liautaud. The company was initially started in Madison, Wisconsin. The main aim of the company was to provide submarine sandwiches to its customers. The company also offered franchising opportunities to other people. Headquarters: 901 Deming Way #202, Madison, WI 53717, USA.

Milios Sandwiches is a company based in America which mainly focuses on providing the best submarine sandwiches to its customers. As of 2016, the company had around 35 locations under its operations. The company has Mike Liautaud as its current Chief Executive Officer.

Milios Sandwiches provides its services on various types of sandwiches and sides, which include chips, drinks, cookies, pickles, etcetera. It also provides the facilities for catering services as well in the areas of Nebraska, Lowa, Wisconsin and Minnesota. 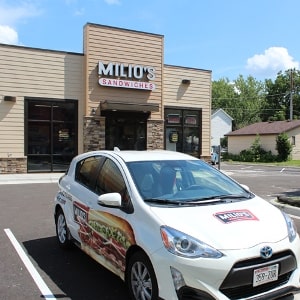