The company was founded in the year 1973. The company has been currently active for more than 46 years now. The founder of this company is George Zimmer. The company was initially started in Houston, Texas. In the year 1999, the company expanded its operations into Canada with the addition of Moores Retail Group. In the latter half of 2006, the company acquired After Hours Formalwear, who was a clothier specialised in making black tie formal wear. It became one of the major sponsors of the United Football League in 2009 and continued to sponsor it till 2010. It purchased the Joseph Abboud in 2013. The company took over its competitor, Jos A. Banks for an amount of around $1.8 billion. The company renamed itself to its present name Tailored Brands in 2016. Headquarters: 6380 Rogerdale Rd, Houston, TX 77072, USA.

Men's Wearhouse is an American company which focuses mainly on providing the best apparel for men to its customers. As of 2018, the company had 18200 employees working under it. The company has Dinesh Lathi as its current Executive Chairman. In the year 2016, the revenue generated by the company was around $3.379 billion.

Men's Wearhouse provides its services on a wide range of men's clothing and accessories, which includes apparel and footwear as well. It also provides the facilities for tuxedo rentals and suits pressing too. 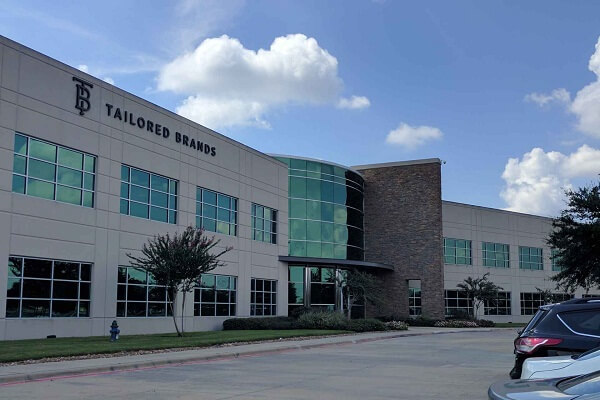