The company was founded in the year 1980. The company has been operational for more than 39 years now. The founder of this company is Jim Richards. The main aim of the company was to sell a variety of sunglasses to its customers. In the year 1991, Walter Hester owned the company after trying its sunglasses and named it's as Hester Enterprises, Inc. Then in 1994, Illinois-based RLI Vision became its mainland distributor and the company was known as Maui Jim Sunglasses. The company purchased RLI Vision from its parent company, Peoria, and named it as Maui Jim Inc. It started its first prescription lab in Peoria, IL in 2006. In 2011, it took over Zeal Optics, which was a Boulder, Colorado-based manufacturer and designer of action-sport polarized sunglasses and goggles. In early 2018, Maui Jim started selling optical sunglasses. At present, Maui Jim becomes the third largest prescription sunglass and sunglass manufacturer across the world. Headquarters: 721 Wainee Street, Lahaina, HI 96761, US.

Maui Jim is a company based in America which focuses mainly on providing the best luxurious sunglasses to its customers and clients. The company has more than 650 employees working under it. The company has Walter Hester as its current CEO.

Maui Jim provides its services on various types of luxurious sunglasses which include fashion sunglasses, non-prescription sports sunglasses, polarized sunglasses and many other sunglasses as well. It also provides the facilities for lenses too. 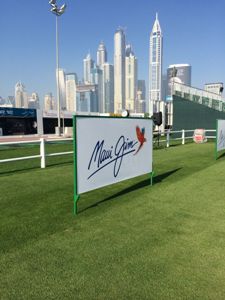