The company was founded in the year 1983. The company has been operational for more than 36 years now. The founders of this company are Sigmund Penn and Tom LePage. The company initially started its journey as a single unit operation known as Cones & Cream. In the year 1986, Marble Slab Creamery became the first ice cream company to implement a frozen granite slab to combine mix-in toppings into the ice cream. The company has now expanded its operations beyond its southeastern presence and is now a fast-growing franchise. Headquarters: 10001 Westheimer Rd #1050, Houston, TX 77042, USA.

Marble Slab Creamery is a company based in America which focuses mainly on providing the best homemade desserts to its customers. The company offers its services in the areas of the USA, UAE, Scotland, Iraq, Saudi Arabia, Pakistan, Bahrain, Lebanon, Oman, Puerto Rico, Guam, Qatar, Bangladesh, Canada, Singapore and Kuwait too. The company has Ronald J. Hankamer as its current President.

Marble Slab Creamery provides its services on a wide range of desserts which include cakes, ice creams, smoothies, pies, frozen yoghurt and shakes as well. 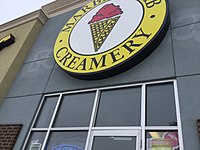 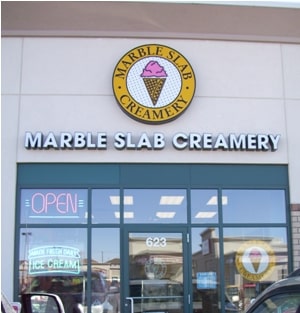