Are you attempting to contact the corporate headquarters of Live Nation? While we may not really know your reason(s) for wanting to make such moves, we are certain that we can help in some way as we provide contact details and other relevant information about the company.

Email: Mails can be directed to the following address: media@ticketmaster.com

Live Nation moved its headquarters to the present location from the Candler Tower which is a 24-story building situated at 220 West 42nd Street, Times Square, Manhattan, New York. The headquarters – ‘The Ice House’ – at 9348 Civic Center Dr, Beverly Hills, CA 90210, United States, is owned by the Rockefeller Investment Management Corp.

The 3-story building, which was originally built in 1925, has a total of 45,000-square feet floor area and was recently renovated to take on the look of a modern office space – the design for this renovation was carried out by the architectural firm, Barton Myers Associates. The Ice House has the UTA Plaza as its neighboring building with United Talent Agency being one of the tenants there. 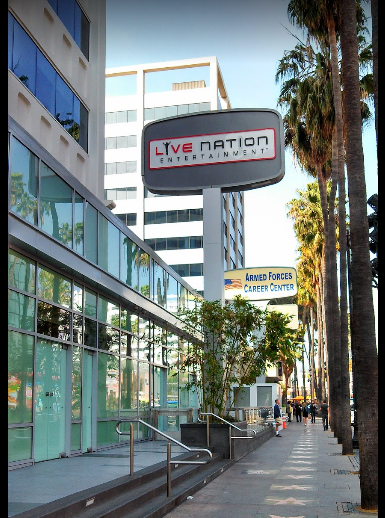 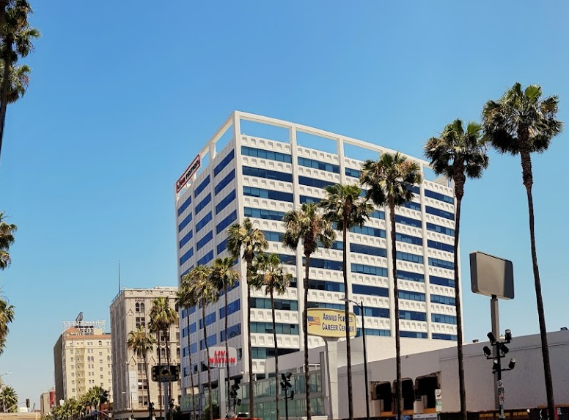 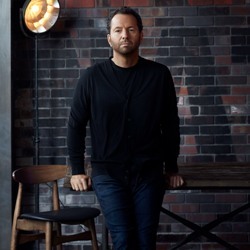 Michael Rapino has been the CEO of Live Nation Entertainment since 2005. Rapino has vast experience and good knowledge of the entertainment industry, having been involved in one way or the other since his days at Lakehead University. Rapino’s astuteness has been very helpful in developing Live Nation’s business model to a profitable end. 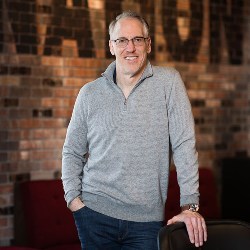 Prior to becoming the President of Live Nation in 2017, Joe Berchtold had served as the company's Chief Operating Officer. As the President, he oversees the Live Nation's strategy implementation and promotes performance improvement with the overarching objective of ensuring business sustainability. Joe is an MBA graduate of Harvard University, and he also has B.A. in Economics. 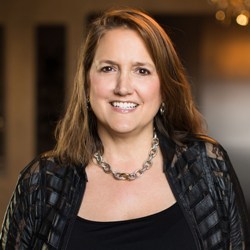 Kathy Willard joined Live Nation in 1998 and currently oversees the financial operations of Live Nation - a position she has held since 2007. Kathy had served in various capacities within the organization - the Chief Accounting Officer and Executive Vice President positions being among the most prominent ones.

Live Nation was initially created as SFX Entertainment by late media entrepreneur, Robert Sillerman in 1996. The company was, however, sold to Clear Channel Communications in 2000, a move that would eventually result in the name change in 2005 with Clear Channel spinning off its entertainment arm. This presented the company an opportunity to embark on mergers and acquisitions.

Live Nation went into a merger with another US-based company, Ticketmaster Entertainment Inc. in 2010 – Ticketmaster is a ticket distribution company. This was one move that drew a lot of controversies as it was viewed to be detrimental to the development of a competitive (ticketing) market.

Live Nation has also actualized a number of acquisitions – both on the domestic and international fronts. The international acquisitions, as well as the connection with foreign partners, have advanced the propagation of Live Nation’s business model. Some of its acquisitions include House of Blues chain, Gamerco and Big Champagne to mention just a few. The company has also some stakes in festival management firms like Bonnaroo Music and Arts Festival and Voodoo Music & Arts Experience.

The services rendered by Live Nation hover around four key areas - from the promotion of live music concerts and other shows to ticketing, sponsorship, and artist management.

Through the ticketing service, Live Nation helps to provide fans with tickets for sports events, festivals, and music concerts, ensuring that they have a first-hand feel of their favorite players and artists. It is reported that Live Nation sells over 500 million tickets on behalf of its various clients every year. With this figure, the company can be regarded as the largest ticketing platform in the world.

Live Nation's ownership and/or stakes of multiple event venues [like amphitheaters, stadiums, concert arenas] have further given it some competitive edge when it comes to event promotion - although the company sometimes rents venues.
It is claimed that Live Nation has interest in over 280 venues across the globe. Some of the notable venues owned by Live Nation include the House of Blues chains of clubs, North Island Credit Union Amphitheatre, the Queen Elizabeth Olympic, and Concord Pavilion.

Besides providing sponsorship services that help to connect more than a thousand brand partners to fans, Live Nation has also managed [and is still managing] a host of top-rated artists. It does this through its management company subsidiaries that entail Roc Nation, 24 Artist, LMG, Phillymack, Vector, and so on.

While it is not yet so profound, Live Nation is also into film and television production/programming. This is expected to peak in the next couple of years as the management embarks on its expansion drive.