Kings Dominion is an amusement park in Doswell, Virginia, located about 20 miles away to the North from Richmond and about 75 miles south of Washington DC. Started on May 3rd, 1975 by Family Leisure Centers (a partnership between Taft Broadcasting Company and Top Value Enterprises), the park now spreads over 400-acre land featuring over 60 rides, attractions and shows, 12 roller coasters and about 20-acre water park.

The amusement park gets its name from the name of its sister park, Kings Island and “Old Dominion”, the nickname for Virginia.

In late 1983, Taft Broadcasting Company sold its theme-park division to Kings Entertainment Company (KECO), formed by the senior executives and general managers of Taft’s Amusement Group. The sale involved three parks – Kings Island, Kings Dominion and, Carowinds, with a 20 percent stake in Canada’s Wonderland. Currently, the amusement park is owned and operated by Cedar Fair. Tony Johnson is the General Manager of the amusement park. 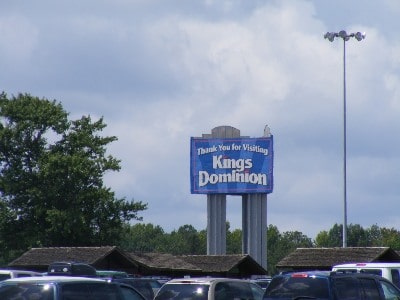 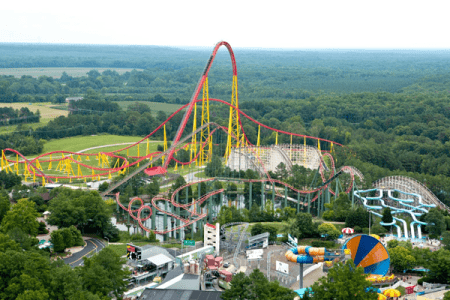