Hannaford Supermarkets is a chain of supermarkets that is headquartered in Scarborough, Maine. It was founded by Arthur Hannaford in 1883 when it was just started as a produce store along the waterfronts. Later joined by his brother in 1902, it gave rise to the Hannaford Bros. Co., and its expansion thus started in 1920 when it became the leading wholesale produce seller in New England.

During 1939-1944, it merged with several different companies to grow more, and by 1960, it constructed a 200,000 sq — foot distribution Centre in Portland that serviced over their retail stores. The company kept growing through the decade between the 1970s and 1980s and in 1987, they came to New York and Massachusetts.

Again, their expansion begins in Southeast USA by 1990s, when they brought Wilson’s Supermarket and reached parts of Carolina and Virginia. Later in 2016, Hannaford merged with Delhaize and Ahold to become Ahold Delhaize. Currently, their supermarkets can be found in Maine (mostly), Vermont, New Hampshire, Manchester, Massachusetts, and New York. 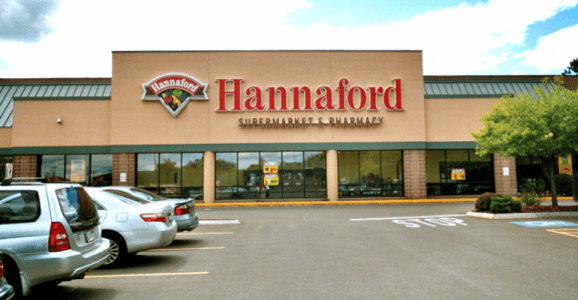