Established as a public corporation in 1920 by Kevin Whalen and Charles Smith, Group 1 Automotive has since then gained its place as the third largest automotive retail company in the United States; with its centers expanding to the United Kingdom and Brazil as well.

The headquarter of the company is based in Houston, TX, U.S and it is known for selling used as well as new and certified cars and light trucks, providing financial, repair, and maintenance services to its customers, and selling vehicle parts.

Group 1 Automotive was enlisted in the Fortune 500, the annual list ranking 500 of the largest corporations in the US based on total revenue of their fiscal years, that is prepared and published by Fortune magazine. The company strives to always keep their customers satisfied and thus, it now owns over 230 franchises, 175 automotive dealerships, and 48 collision centers in the United Kingdom, the United States, and Brazil. 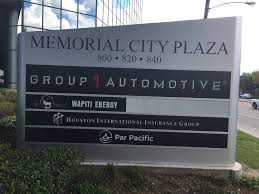