Where is Corning Corporate office Headquarters

About Corning, History and Headquarters Information

Corning Glass Works was incorporated in 1851 by Amory Houghton, in Somerville, Massachusetts. In the beginning, it was called the Bay State Glass Co. It was known as Corning Glass Works until 1989. Since 2007, it has been supplying to Apple Inc. By 2014, it had five major business sectors: specialty materials, environmental technologies, optical communications, life sciences, and display technologies. The company has been featured on the Fortune magazine's 500 largest companies and also bagged 297th rank in 2015.

Corning Incorporated is an American multinational technology company that makes specialty glass, ceramics, and related materials and technologies including advanced optics, primarily for industrial and scientific applications. It also develops and makes Gorilla Glass used by many smartphone makers. It is popular as one of the world's biggest glassmakers. This firm has more than 51,500 people worldwide working for it. 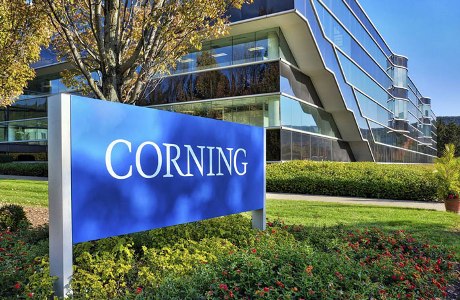