Bruegger's was incorporated by Nordahl Brue and Mike Dressel in 1983. They started the first store in Troy, New York. The company is based in Minneapolis, Minnesota. In 2003, the company was obtained by James J. Greco and Sun Capital Partners acquired from the founders.

Bruegger's Enterprises, Inc. owns and operates restaurants. The Company provides its customers with a line of food items such as sandwiches, soups, salads, cream cheeses, coffee, bagels, breakfast, lunch, muffins, desserts, and beverages. It is a subsidiary of the Luxembourg-based company JAB Holding Company. They are capable of making approximately 70 million bagels each year. In addition to this, they made the Guinness World Record for making the world's largest bagel.This company owns and operates more than 300 restaurants in 26 different states in the USA, the District of Columbia, and Canada. 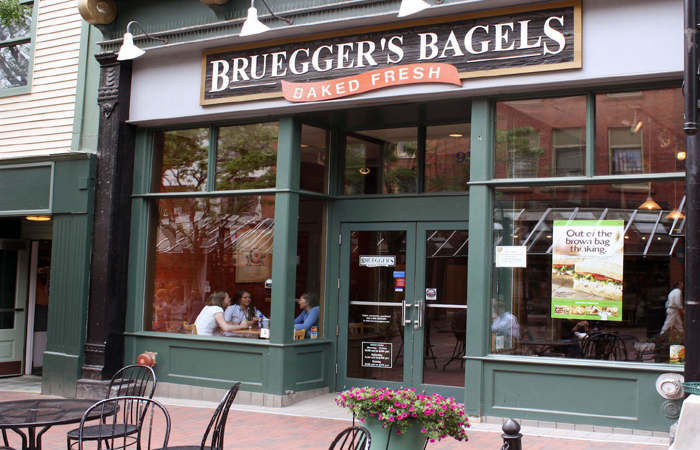 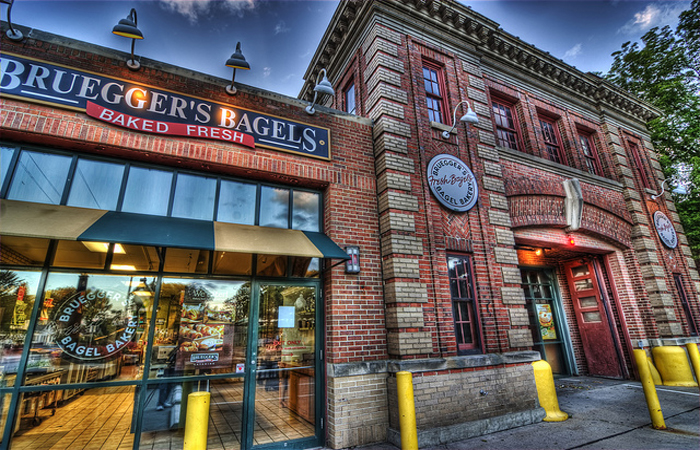