Boston Scientific was incorporated in 1979 in Watertown, Massachusetts. It started as a holding company under the name Medi-Tech. The company was launched as a public corporation via an initial public offering in 1992. This company has its headquarters in Marlborough, Massachusetts.

Boston Scientific Corporation designs produce and sells medical devices which improve the health of patients across the globe. The Company's line of products is used in neuromodulation, gynecology, peripheral interventions, neurovascular intervention, electrophysiology, endoscopy, cardiac rhythm management, urology, and interventional cardiology. Boston Scientific is popular as it developed a drug-eluting stent which is used to open clogged arteries called the Taxus Stent. Boston Scientific secured 43rd position out of 100 companies listed in the 2019 Best Places to Work - Employee's Choice Survey. It was held by Glassdoor. This company has more than 29,000 people working here. Now the company has widened its focus and has introduced a broad range of innovative technologies, products, and services across a wide range of medical specialties. This new and updated form of less-invasive technologies will act as an alternative to major surgery and other medical procedures that are typically traumatic to the body. 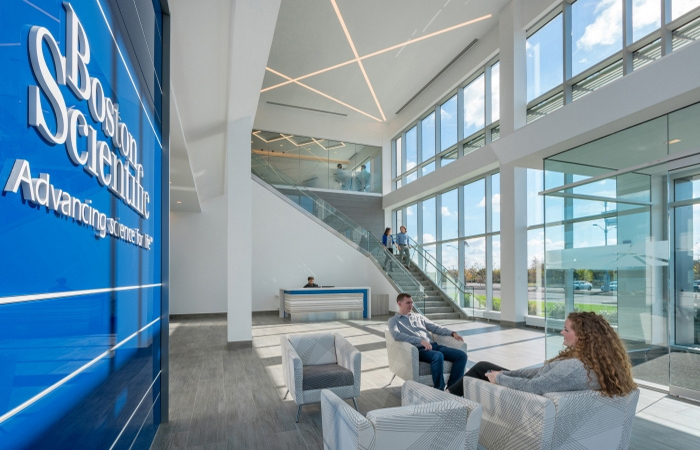 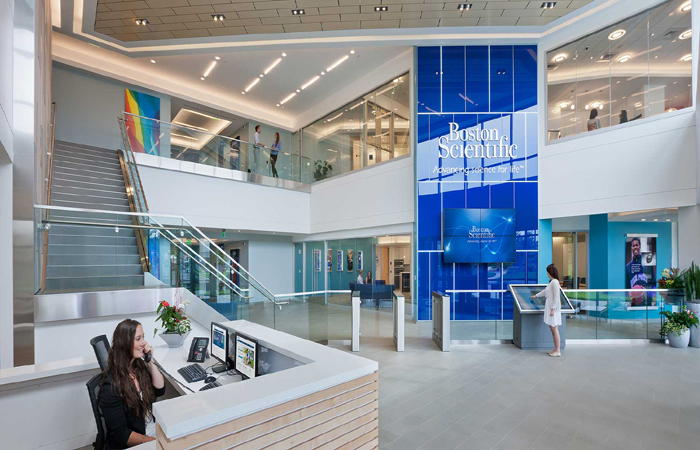