Where is Blimpie Corporate office Headquarters

About Blimpie, History and Headquarters Information

Blimpie was incorporated by three high school friends, Tony Conza, Peter DeCarlo, and Angelo Baldassare and they opened their first store in Hoboken, New Jersey, in 1964. Their inspiration behind this was the successful Point Pleasant operation Mike's Submarines. It is based in Scottsdale, Arizona. It was launched as a public corporation in 1983. The Company acquired Maui Tacos International, Inc., in 1997 and in 1998; they introduced Smoothie Island chain through Maui Tacos. Pasta Central was established in 1999 in order to co brand with the Blimpie sub shops.

Blimpie is a restaurant chain that owns and operates restaurants and food joints. Along with this, it also franchises the Blimpie Subs & Salads quick-service sandwich chain. Blimpie is very popular and can be found in numerous sites, such as inside convenience stores, gasoline station food marts, schools, office complexes, hospitals, and sports arenas. It is owned by Kahala Brands. 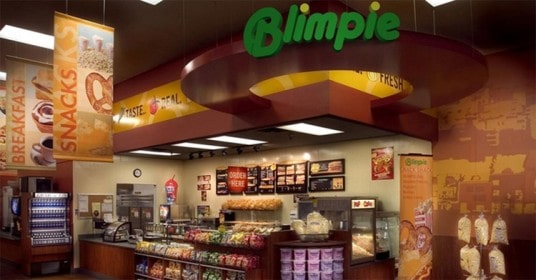