Where is Bashas' Corporate office Headquarters

About Bashas', History and Headquarters Information

Bashas Markets is a chain of grocery stores. The headquarters of the family owned business is located in Chandler, Arizona. There are 4 different types of stores namely Bashas Dine, AJ fine Foods, Food City and Bashas. Food City was acquired by Bashas in1950s. AJ Fine Foods is an Arizona based supermatrket chain. It was bankrupted in 1980s and hence was acquired by Bashas. It features extensive wine collection, baked good and cellar staffs.

Bashas doubled its size in the early 21st century. Today there are more than 130 stores with more than 8500 employees. Apart from the stores, it also owns a distribution centre in Chandler. It is built on the land area of 16 acres. It was founded by Najeeb Basha in 1886. He was a migrant from Lebanon. In 1932, it opened its first store under the name Bashas. In 2017, the Bashas partnered with Instacart. 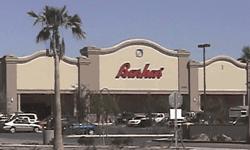 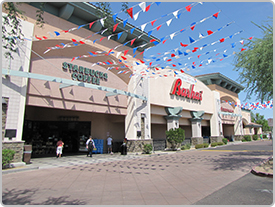