Where is Airbus Corporate office Headquarters

Airbus was founded in the year 1970. The company has been in operation for more than 48 years now. The founders of the company were Felix Kracht, Franz Josef Strauss, Roger Beteille and Henri Ziegler. The former name of the company was Airbus Industrie GIE. The EADS or the European Aeronautic Defence and Space Company was established in the year 2000, and it was responsible for acquiring 80 per cent of the company.

In the year 2001, Airbus became a joint-stock company in a simplified manner. By the year 2006, EADS had taken over the rest 20 per cent of Airbus. Thus the EADS NV was renamed to Airbus Group NV. The company had changed its logos over the past years, and the logo designs between 2000 and 2010 were combined to form the final 3D design that is currently used by Airbus.

The headquarters of the company is based in 2303 DA in the city of Leiden, the country being The Netherlands. The PO Box number of the headquarters is 32008.

Airbus is a company based in The Netherlands which focuses on the designing and manufacturing of various kinds of commercial, industry-leading helicopters, aircraft, space systems and also military vehicles as well. The current CEO of the company is Tom Enders. As of the year 2017, the total revenue generated by the company is more than 66.7 billion. Also, the number of employees working in the company, as of the year 2017, is more than 129,400.

The primary services provided by the company include allowing clients and consumers to experience the best in class aircraft, by designing, manufacturing and also developing the technologies in-house. The company also produces various other civil and military aerospace products as well. 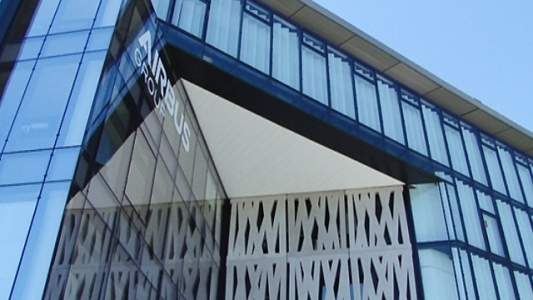