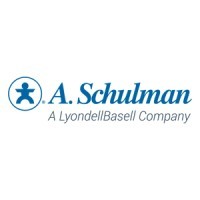 A Schulman, History and Headquarters Information

Alex Schulman is the founder of is the founder of the company. It deals with the business of selling rubber products and is located in Akron, Ohio. The year of incorporation was 1928. This company grew in leaps and bounds, and it became a public company in 1972 through an initial public offering.

Over the years, the company acquired several other companies. This company was involved in a legal battle in 2016. It acquired Citadel Plastics but claimed that the company's directors falsified information about their recycled content and other attributes of their product. This made A. Schulman stop the sale of their product. The amount of damages claimed in the suit was $272 million.

Joseph Gingo is the CEO, Chairman, and President of the company. It has a staff strength of 4900. This company is a star on the horizon; it has very bright prospects.