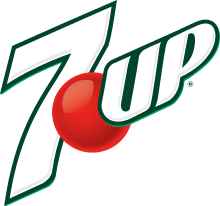 7up, History and Headquarters Information

The 7-up bottling company was owned by Charles Leiper Grigg. He developed his first soft drink called Whistle, which is orange-flavored, in 1919 while he was an employee of Vess Jones. He quit and gave away the ownership of Whistle after a dispute with Vess Jones. After some disappointments, he came up with the idea of Bib-Label Lithiated Lemon-Lime Sodas in 1929. The name was changed to 7Up Lithiated Lemon Soda and then, again in 1936, it became 7Up—a name it bears today.

The original formulation of 7Up contains lithium citrate. Gigg marketed 7Up as a mood-altering beverage.Lithium citrate was removed from the formula of 7Up in the year 1948 because of the ban on the use of it in soft drinks by the government in 1948.

The headquarters of the company have over 10,000 employees.