This military base has been serving since 1921. They served during World War II, Vietnam War, Korean War, etc. But as of October of 2017, it became a subordinate to III Corps which is led by Major General Paul T. Calvert. They have done so many things to protect their people.

The CSIB or Combat Service Identification Badge stands out from its peers, because of the color combination used. They might be proud wearing it now, but if you take a walk back, there was a time when this badge could not be worn in the U.S. It is because the division lost its colors in Korea, which have made them be considered as a disgrace, thus it was not allowed to be worn in the U.S. If you want to learn more about them, they are headquartered in Fort Hood, Texas. 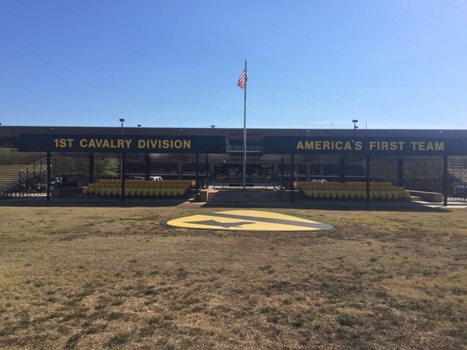